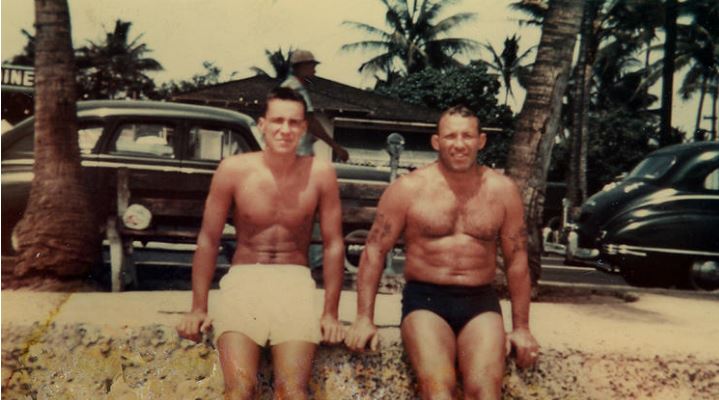 Joe Jares set out in the early 1970s to write a book about pro wrestling, relying on both his reporting skills and his childhood memories.

His father was Frank Jares Sr., a villain in the sport’s early, black-and-white television heyday who fought as Brother Frank, the Mormon Mauler from Provo, Utah, and the Thing, among other aliases.

Jares spent a college summer traveling the postwar wrestling circuit, assisting his father and picking up tales that found their way into “Whatever Happened to Gorgeous George?”

The 1974 book, described in The Times’ review as a “tight, funny, no-holds-barred pop history of America’s favorite pop sport,” was one of nine that Jares wrote or co-wrote during a long career, spent mostly in Los Angeles, as a sportswriter, editor and columnist.

Jares died Saturday at Cedars-Sinai Medical Center in Los Angeles of complications from chronic lung disease, said his wife, Sue Jares. He was 78.

Years before he chronicled the exploits of Gorgeous George and other first-wave ring legends, Jares wrote a lengthy article in 1966 for Sports Illustrated about his own early exposure to pro wrestling (headline: “My Father the Thing”).

“Not that it helped me much in childhood frays, but I was the only kid on my block who could boast, with absolutely no fear of contradiction, ‘My father can lick your father,’” the story began. “Frank August Jares Sr. was a professional wrestler, the nastiest, meanest, basest, most arrogant, cheatingest, bloodthirstiest eye-gouger around. No rule, referee or sense of fair play ever hampered his style. In short, the sort of man a boy could look up to.”

Joseph Frank Jares was born Sept. 2, 1937, in Los Angeles. His father, who actually hailed from Pittsburgh, was a butcher in the San Fernando Valley after his wrestling days. His mother, Dorothy, was a homemaker. Jares grew up in West Los Angeles and graduated from Hamilton High School, where he was sports editor and managing editor of the newspaper.